Pest management is a critical chore that many people overlook across the world. Do not believe the misconception that roaches, ants, mice or rats, fleas, and ticks exclusively affect those who do not clean properly.

Depending on the weather, even the cleanest and neatest locations might get infested with bugs at times. For example, during a very hot summer, when the flea population explodes, you can encounter fleas in a public facility such as a courthouse. Pest control specialists not only assist you in removing hazardous pests from your house, but also in preventing damage caused by such pests. For example, employing specialists to eradicate ants can help you avoid causing harm to your home’s wooden structures. Additionally, bug eradication improves the safety of your food as well as your family’s health. As a result, pest management may be considered to go a long way toward protecting people’s health and averting costly damages caused by bugs. Pest management is vital for a variety of reasons, some of which are listed below. If you are having some pest problem and need Sarasota Pest Control services then we are here for you. 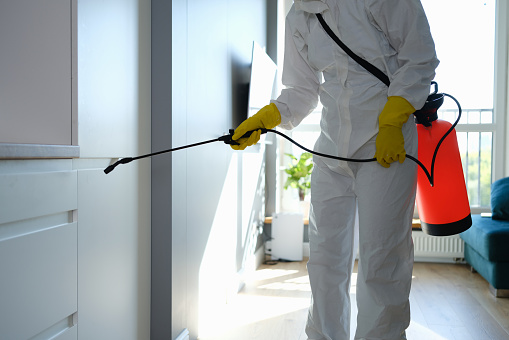 An infestation of pests in a home can have both direct and indirect health consequences for those who live there. Many people are admitted to hospitals as a result of insect stings and bites. This is mostly because certain individuals are sensitive to bug bites and stings. Eliminating these insect pests can lessen the likelihood of your family members being stung or attacked by them. Ticks, fleas, and mosquitoes, for example, are known to spread a variety of dangerous illnesses to people. When these pests are present in your house, your family is more likely to get diseases including West Nile Virus, Lyme disease, malaria, and plague. Interior Pest Control should be done regularly if you want your loved one to be free from the chances of getting infected by the diseases addressed before then and we can help you to do it. We are also known as Englewood Pest Control Company in Manatee.

Rats and cockroaches, meddle with the food in the house, polluting it. This might lead to illnesses like cholera spreading. Furthermore, many studies have shown that rats squander more than 20% of the world’s food supply. Food waste and contamination may be avoided if pests are effectively controlled and exterminated in your house. Food crop output would have dropped dramatically over the years if rodent control had not been established, with rats devouring more than half of the food crop. Getting help from Sarasota pest control companies can help you to keep your food safe. If you want the best Sarasota pest control company then Signature Home Lawn and Pest Control should be your first choice.

If you’ve ever discovered rat droppings in your otherwise spotless house, you understand the fear that such a discovery can cause. Many people rush to the store to buy rat poison or anything else that claims to get rid of the vermin. Some people just ignore the facts, thinking that the rats would vanish on their own.

Cleaning your house will not prevent roaches from entering your home since they need food, shelter, and water to survive. Roaches are tenacious, and controlling them necessitates a long-term treatment plan. Despite your first feelings of filth and terror, our specialists can rapidly deal with a rat infestation using established rodent control procedures, leaving your house clean and unharmed. We provide the best rodent control in Sarasota yet at a cheaper price than our competitors.

There are two sorts of houses those that have been infested with termites and those that will be infested with termites. Termites attack the wood in and around a structure 24 hours a day, seven days a week. And, even though they inflict billions of dollars in damage every year, they can be managed with the right approaches. Termites are one of the most dangerous pests since their presence generally results in major financial losses and structural damage. Its ability to go unnoticed during the early phases of its establishment is one of its key weapons. It is frequently not discovered until substantial damage to the timber parts has occurred. The most crucial step is to eliminate the conditions that termites require to survive. Termites love moisture, so don’t let it build up near your home’s foundation. Downspouts, gutters, and splash blocks that are in good working order will divert water away from your home. Make that your crawl space is well-ventilated. Avoid allowing shrubs and other vegetation to grow over and hide vents. Above all, avoid allowing any wood to come into touch with the soil.

There are several techniques for controlling termites, it is always more beneficial to enlist the assistance of pest eradication specialists to remove the infestation of these insects in our homes. Getting help from professional termite removal companies is the best idea if you are having a termite problem.

You’ve seen all that nature has to offer when you’ve been around as long as we have. We are never alarmed nor startled by anything since we have such a large staff with such a diverse set of abilities and expertise. We make certain you receive the proper technician with the necessary knowledge to handle your pest infestation promptly. When a technician is assigned to a client’s location, the entire office is dispatched with them. That’s because we take the time to document each action we take to ensure a pest-free environment for you. Whether a technician has been with the company for three decades or just begun, they have access to the whole library.

Every scenario, as well as every business, is unique. As a result, we provide pest remediation services that are tailored to your specific needs. We will work within your budget to give you safe and effective pest and animal management services, whether you require continuing preventive services or just a one-time pest removal. Signature Home Lawn and Pest Control understands the different needs of our clients and is dedicated to offering safe, discrete, and compassionate pest control solutions.